Did you know that Germany have almost 1,200 types of wurst? Unbelievable.

It so happened that Germany is the biggest pork producer in Europe. Internationally, Germany is third behind China and the USA. They love pork so much that If you’re a Muslim here, you might feel’ intimidated ‘ by the amount of pork products in the grocery shop. The sausage section are bigger than the fruit section! I find it funny  for myself that after living in Kuwait for almost 8 years without pork, now I am overwhelmed with the amount of pork products, especially sausages.

I am now on my 7th month mark living here in Bavaria and Oh men, for the love of food, I think I have eaten sausages more than I have ever eaten in my whole life!!

Looking back at my first days here, everything around me now seems  familiar, especially when it comes to Kaffee und Kuchen , Biergartens and of course, the infamous  german sausages, especially Bavarian sausages. For a very long time, I only know hotdogs– the tender-juicy  red bullies I love to eat with eggs and fried rice during breakfast. I used to think that hotdogs are same with wurst but I am mistaken. They are two different thing!  Back home we have our local ‘Longganisa’ — it’s the Philippine version of  sausages, more like the  Spanish sausage (embutido) similar to a chorizo and also closely associated with the Portuguese linguiça.

Then I came to know frankfurter, and chicken sausages. While living in Kuwait where there is no Pork, I indulge in delicious Arabic foods that I’ve learned to love, like  Shawerma , kebabs and chicken shish tawouk. On lazy days, I opt for chicken mini- sausages too. They are always quick to prepare and light. Little did I know that coming to Germany would introduce me to another sausage species–the German sausages or commonly known here as Wurts.

Here are some of the sausages that I came to know while living here in Bavaria. Here, the food culture is not something extravagant or complicated recipes, but what I love about Germans is how they celebrate everything with sausage, pretzel and beer. From their local Biergartens  to Volksfest, to the world-renowned Oktoberfest up to their beautiful Christkindlmarkts also known as  German Christmas Markets, these sausages bond people of all ages,always creating a cozy atmosphere, rain or shine.

Germans certainly adore pig.Unsurprisingly the pig is a good luck symbol in Germany. Also it is very cold here and they have long winters, so sausage was an excellent way to preserve the pig and use up all the trimmings ….”all but the tail and the oink” as some have put it.

Here are some of the sausages which I have found interesting and the ones I can recommend. There are so much more but I never had the chance to try them so I don’t have an idea how they taste.

Bratwurst -It is a favorite in Germany, and each region has its own version. There are over 50 kinds of bratwurst, and they all vary in size, texture and seasoning – so no wonder it’s confusing. Although Germans now associate “Brat” with “braten,” which means to fry, broil or grill, the name originally derives from Old High German: “Brät” meant finely chopped meat.

Nürnberger (Nuremberger)-Among the different varieties of Bratwurst, you can recognize the one produced in Nuremberg by its size. It’s surprisingly small, not much bigger than a pinkie finger. Historical documents already mentioned this wurst back in 1313. These sausages are traditionally grilled over flames, served six at a time, and accompanied by sauerkraut and potatoes with horseradish or mustard on the side. This is my favorite so far, also my daughter love to munch on this one.

Currywurst-A currywurst is simply a steamed bratwurst seasoned with ketchup and covered with curry powder.  This has been the very first sausage that I have tasted when I came here. I was shocked to see its size and I was open-mouthed looking at my husband how on earth am I going to devour it.

In a country specialized in high-tech cars, it sounds a bit exaggerated to call this fast-food snack an “invention,” but Herta Heuwer, the Berlin cook who developed the special sauce, actually patented it in 1959. It’s since become a street food classic. The Currywurst has become an essential Berlin experience, served sliced with ketchup. Its history is celebrated at the Deutsches Currywurst Museum, not far from Checkpoint Charlie.

Weisswurst-This veal Bavarian sausage translates as “white sausage” for its color. It has no preservatives, nor is it smoked, which is why it’s meant to be eaten fresh the day it was made. A German saying recommends the Weisswurst should never get to hear the church bells ring at noon. To eat it, some suck out the meat from the skin, or, more discreetly, cut it in half and roll out the filling with a fork. Here in Bavaria, Weisswurst is often a morning treat. No true Bavarian dream of eating weisswurst after midday.

Blutwurst-The German Blutwurst (blood sausage) is usually made with pork blood and bacon. As it is already cooked, it does not need to be eaten hot – but some people do. Some regions include it in dishes with colorful names: the Rhineland’s “Himmel und Erde” (Sky and Earth) combines it with mashed potatoes and apple sauce. “Tote Oma” (Dead Grandma) is Berlin’s way of serving it with liverwurst and potatoes. Germans loved to eat sausages with pretzel, warm rolls and potato fries.

Salami-Salami is typically Italian, but it is just as popular in sausage-loving Germany – and it’s much more than just a pizza topping. If Italians usually stick to coffee and sweet bread rolls for breakfast, Germans will gladly serve slices of salami first thing in the morning, too. They’ll enjoy it all day, as salami shows up for the simple evening meal called “Abendbrot“. In local bakeries here, there are lots of sandwiches with salami next to the usual dense rolls and dark breads which Germans also love to eat.

I am already looking forward for Spring and  for the BBQ season  to start. When its sunny and the days are longer, expect that it’s typically  German thing when the air suddenly smells like BBQ. Yes, pork, sausages and beer are all unfriendly to the belly, but Germans have a lifestyle to balance it all off with a sweat – they just cycle the cholesterol away!

Have you ever tried eating sausage? How was your experience?

15 thoughts on “German sausages : Love it or Hate it”

Wordless Wednesday though it is an Artful one 🧊🦋
I love how the gold tones played so beautifully in this aesthetically filled textured Art…what do you think?⚜️✨
“Life is a balance between holding on and letting go…” ~Rumi
“Dazed”
Sneak peak of the new layers i am working on..
Almost done…#large #gold Abstract piece with eccentric net detail.
Shadow playing on extreme Textures and #infinitynets
That kind of good “ Blues” 💙🎭
Completely simultaneously...//ZEN//
Dreaming back to the Sea 🌊✨
New Art session with Aquarelle
Say it better with cards✨
She looks good with Golden Mistletoe!
These shiny little things of Creativity!
No risk...
The Contradictions of Art 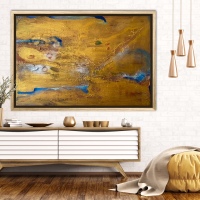